Testing will start. First the poly fuse checked. If the fuse is blown the red LED will pulse in 1s intervals. (If this happens then the chip under test is faulty and is drawing too much current which has caused the fuse to blow. The polyfuse will reset after it’s cooled down after a few minutes.)

Make sure the orientation of the 2114 is correct. Failure do to so and you risk destroying the chip

The tester does not come with a USB Cable. You will need a mini USB type Bcable. 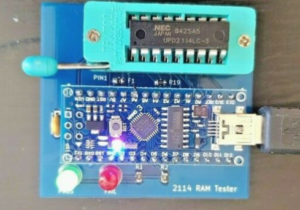 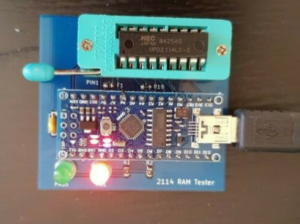